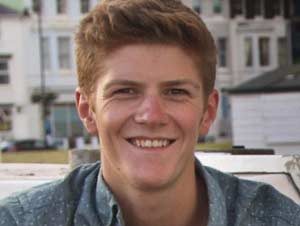 Will Scott recently graduated with First Class Honours from the Royal College of Music where he studied classical guitar under Gary Ryan, Carlos Bonell and Chris Stell, and jazz guitar with Milton Mermikides. He has also taken part in master classes with internationally renowned guitarists such as John Williams and Craig Odgen. During his school years, Will played in Guitar Circus, one of the UK’s most prestigious youth guitar ensembles and played electric guitar in the Kent Youth Jazz Orchestra. Will was the winner of the 2014 mid-Kent Young Musician of the Year and the Tunbridge Wells Recital Prize and recently won the 2018 RCM guitar prize. He has played at IGF’s London Guitar Festival at Kings Place and at other venues such as the South Bank Centre, The V&A and Elgar Rooms, Albert Hall. Will’s guitar playing has also been used for a BBC documentary about the Portuguese artist Paula Rego. 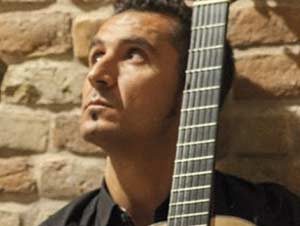 Roberto Tascini is one of Italy’s foremost classical guitarists, active both as a soloist and ensemble player. He has performed in more than 20 countries worldwide. Roberto has premiered numerous contemporary works, and has to his credit many recordings including Euro Teodori’s Ad Parnassum and Music for winds & guitars with the EON Guitar Quartet. As a soloist he has recorded Suites y sonatas de latino america featuring music by Antonio Lauro, Gentil Montana and Alberto Ginastera and in 2013 The winter of our discontent with the Royal Winter Music I & II by Hans Werner Henze which was published in the Guitar Collection. In 2017 Roberto released Obsequio à el Maestro, a CD devoted to the music of Mario Castelnuovo-Tedesco.He is Artistic Director of the International Guitar Festival Joaquin Rodrigo since 2006, and currently teaches guitar at the Conservatory ‘Paisiello’ in Taranto, Italy.