David Russell is one of the world’s greatest players. He is also an excellent, patient and inspiring teacher. This is a rare chance to study with this brilliant performer and pedagogue.

Book now
Venus and the guitar

A day around women and the guitar. The guitar was historically regarded as a male dominated instrument but in recent times many women have excelled in guitar, both as performers and creators. Today, we feature two of the most prominent composers: Errollyn Wallen, who has written a substantial body of work for guitar since 1997 and young composer Laura Snowden who has emerged as a versatile performer and composer for the instrument. IGF is the leading organisation in Europe for commissioning high quality new work for guitar and from the outset female composers have been a priority.

** This event has now been cancelled **

Free workshop for girls and young women (under 18)

** This event has now been cancelled **

Panel discussion ‘Women and the guitar’

Pre-concert Q & A with Errollyn Wallen

Two halves of around 40-45 min until 5pm featuring music by Errollyn Wallen, Laura Snowden, as well as Effy & Litha Efthymiou, Anna Meredith and Charlotte Bray. Performers will include Laura Snowden, Amanda Cook, Vida, Guilia Ballare and the G Plus Ensemble

Kings Place Hall One  3.15-5.00pm
The guitar was historically regarded as a male dominated instrument but in recent times many women have excelled in guitar, both as performers and creators. Today, we feature two of the most prominent composers: Errollyn Wallen, who has written a substantial body of work for guitar since 1997 and young composer Laura Snowden who has emerged as a versatile performer and composer for the instrument. The programme will also include works by Effy & Litha Efthymiou, Anna Meredith and Charlotte Bray. The music will be performed by Amanda Cook, VIDA Guitar Quartet, Guilia Ballare, the G Plus Ensemble and Laura Snowden herself. 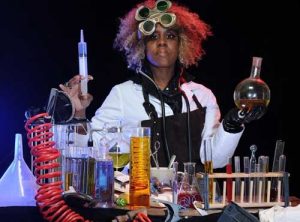 Errollyn is an internationally renowned composer and performer. Her prolific output includes seventeen operas and awards include the Ivor Novello Award for Classical Music, British Composer Award and a FIPA D’Or for Best Music for a Television Series. She composed two large scale works for the opening ceremony of the Paralympic Games for London 2012. Errollyn founded her own Orchestra X whose latest orchestral album, PHOTOGRAPHY, was voted Top Ten Classical Albums by USA’s National Public Radio. Errollyn’s latest large scale project is a new BBC commission for National Orchestra of Wales and Catriona Morison, mezzo soprano and Cardiff Singer of the World 2017. Her Concerto Grosso (just released on the NMC label) received its US premiere in September 2018  in Los Angeles by Southeast Symphony with Errollyn as pianist and a new work for Chineke! was  commissioned by Cambridge Music Festival for performance in November 2018. It has just been announced that her opera The Silent Twins will receive its US premiere in New York in 2022.Errollyn Wallen’s albums (ERROLLYN, The Girl in My Alphabet, Meet Me at Harold Moores) have travelled 7.84 million kilometres in space, completing 186 orbits around the Earth on NASA’s STS115 mission.

Errollyn Wallen was awarded the MBE in 2007 for services to music and in 2015 was inaugurated Honorary Fellow of Mansfield College, Oxford, in recognition of her distinguished contribution to scholarship in the field of British contemporary music and her exceptional achievements as a composer.  In 2017 Errollyn was awarded an Honorary Doctorate from York St. John’s University and was named in BBC’s 100 Women 2018 and London University’s 150 Leading Women. 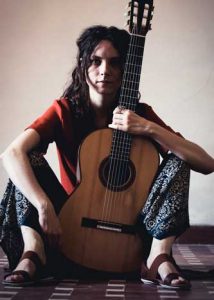 Hailed a ‘string sensation’ by BBC Music Magazine, British-French guitarist and composer Laura Snowden is acclaimed for her ‘poise and intensity’ (Guardian) and playing of ‘extraordinary depth’ (Strings, Classical Music Magazine). The first guitarist to graduate from the Yehudi Menuhin School, made possible by a grant from the Rolling Stones, she was invited by guitarist Julian Bream to premiere his latest commissions at Wigmore Hall in 2015 and 2017. As a composer, Laura’s music has been performed at Royal Albert Hall, Wigmore Hall and Sadlers Wells, commissioned by the Park Lane Group, Birmingham Symphony Hall and International Guitar Foundation (IGF), and broadcast on BBC Radio 3, BBC Radio Scotland and Hong Kong Radio 4. Her recent commissions have included writing for the new ABRSM syllabus, and a choral piece for Making Music’s Adopt-a-Composer scheme.
Described by Classical Guitar Magazine as ‘linking guitar’s past, present and future’, Laura’s eclectic musical output has ranged from producing arrangements for Noah and the Whale frontman Charlie Fink to giving dozens of world premieres by composers including Julian Anderson, Errollyn Wallen and Olli Mustonen. She has also collaborated closely with her folk band Tir Eolas, appearing with them at Shakespeare’s Globe at the invitation of guitarist John Williams. 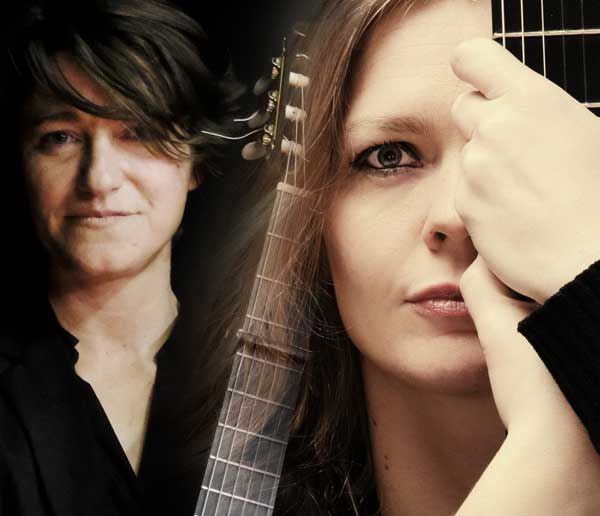 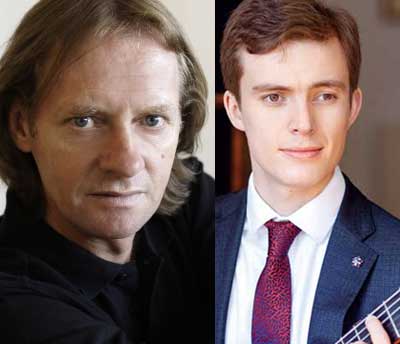