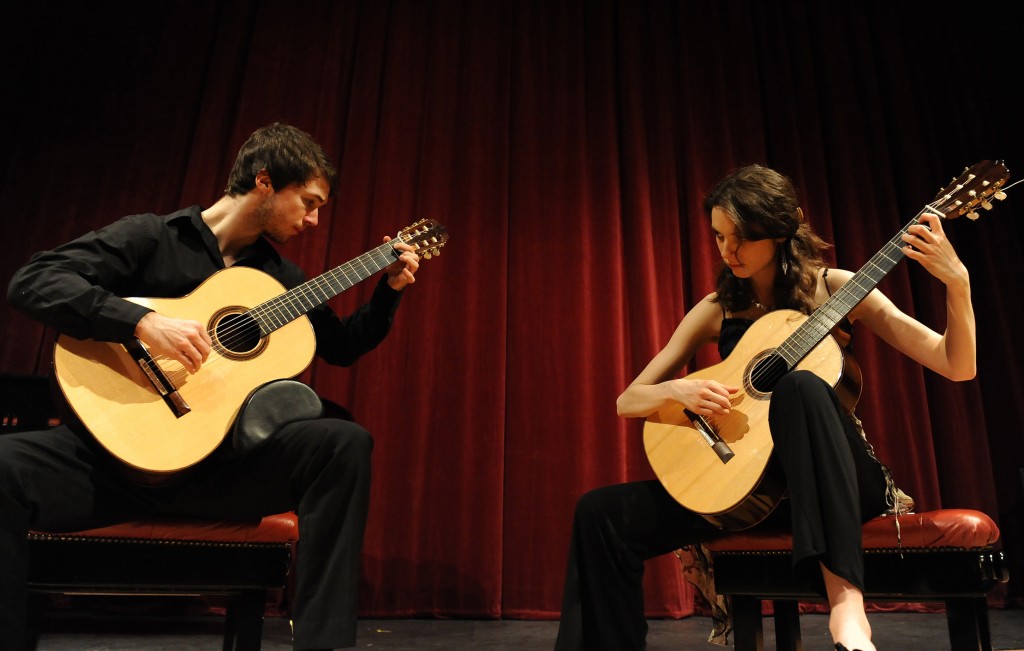 Tom Ellis and Laura Snowden began performing together aged just 15 whilst at the Menuhin School, where guitar tuition was introduced following a donation from the Rolling Stones.  In 2012 they claimed First Prize at the Ligita International Guitar Duo Competition in Liechtenstein, and in March 2013 they reached the final of the Royal Overseas League Competition in London.  Their ongoing collaboration with Richard Wright has seen them develop an exciting range of new guitar arrangements, including Bartok’s ‘Mikrokosmos’ and Manuel de Falla’s ‘Pièces Espagnoles.’  The duo also premiered movements from ‘Letras de Humo’ by Colin Downs at the 2011 Guildford International Music Festival, and will give the full premiere at the Bolivar Hall’s ‘Transformation Series’ in May 2014.

About the Author: admin