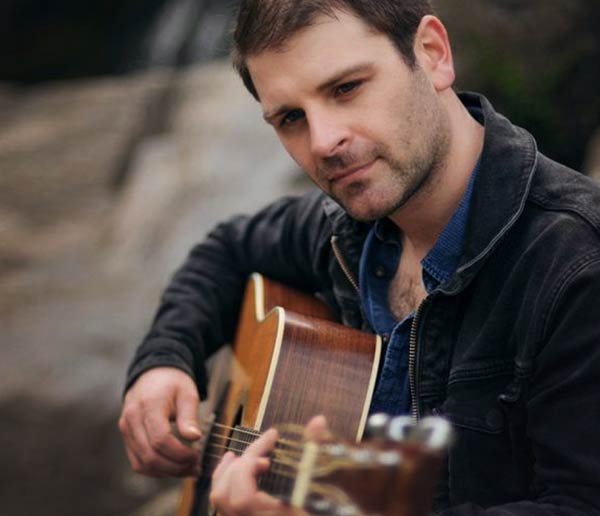 Growing up in British army quarters in Germany surrounded by Celtic music, bluegrass, roots music and jazz, Chris was heavily influenced by British folk and American roots music from a very early age; often straight from the many touring musicians passing through to visit and play music with his father, an active member and club organiser on the forces folk scene. Fast forward a couple of decades, The Shrewsbury based singer songwriter and acoustic guitarist Chris Quinn has been receiving glowing reviews in the mainstream UK music press for his own debut solo release “Across The Divide”. Maverick Magazine named him “A Master of the Acoustic Guitar and a quality Songwriter”. Live, Chris’ shows cover a wide range of acoustic music alongside his own material. From authentic interpretations of traditional and contemporary British folk songs to lightning quick bluegrass flat picking and from intricate finger style delta blues and swing jazz numbers to instrumental solo guitar pieces. Chris has carved his trade for over a decade touring worldwide, along the way he’s taken in shows at venues like BB Kings New York, Cambridge Folk Festival, London’s Royal Albert Hall and had a stint as the opening act for the Jools Holland orchestra. 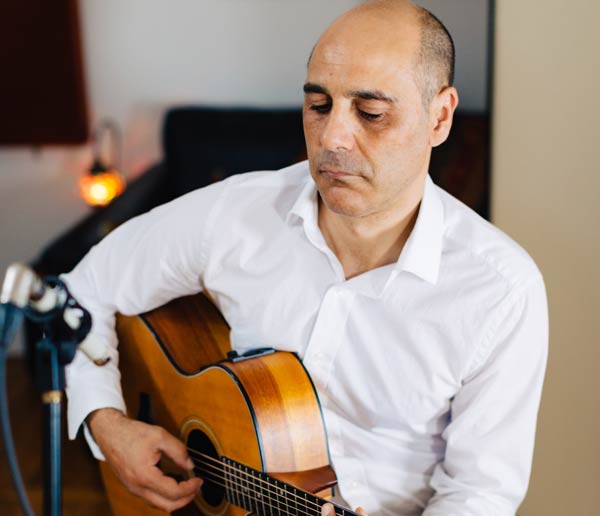 Gianluca is a seasoned professional guitarist with over twenty-five years playing on both sides of the Atlantic. He holds a diploma from the Guitar Institute of Technology in Los Angeles and has performed alongside some of the biggest names in Italian music. Gianluca’s session credits include stints with Piero Pelù, Eugenio Finardi, Fiordaliso, Grazia Di Michele and Tazenda. In the late 90s, he began a collaboration with Sardinian singer Andrea Parodi which lead to a tour and a live recording with guitar legend Al Di Meola and Israeli singer Noa, among many others Italian and international artists. Since moving to London in 2006, Gianluca has been writing for Guitar Techniques and teaching at the London’s ICMP. He performs regularly with different bands and combos in festivals and live venues in the UK and abroad. Gianluca recently recorded a guitar duo album (London Stories, 33Jazz) with fellow guitarist and friend Maciek Pysz, receiving many four star reviews. 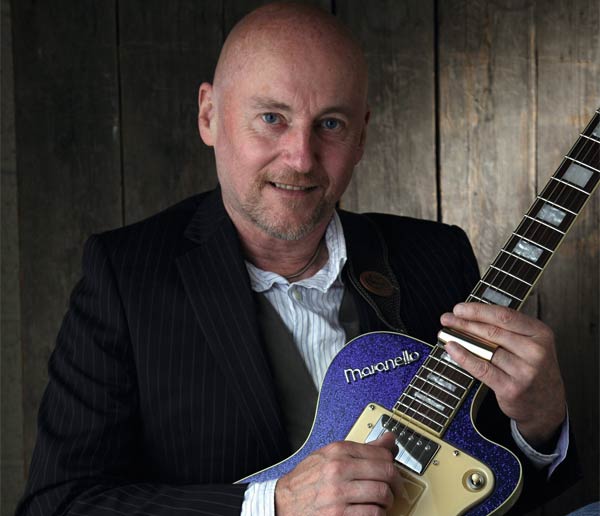 Neville has been playing blues guitar since he heard John Mayall’s ‘Beano’ album with Eric Clapton back in 1966. He’s played thousands of gigs with a variety of bands, taught Blues and Mojo courses at IGF for over 10 years and wrote his Blues Headlines column in Guitarist for over 20. He’s currently recording the blues album he’s been promising for at least two decades and is looking forward to being back at Bath Spa Uni in 2020! 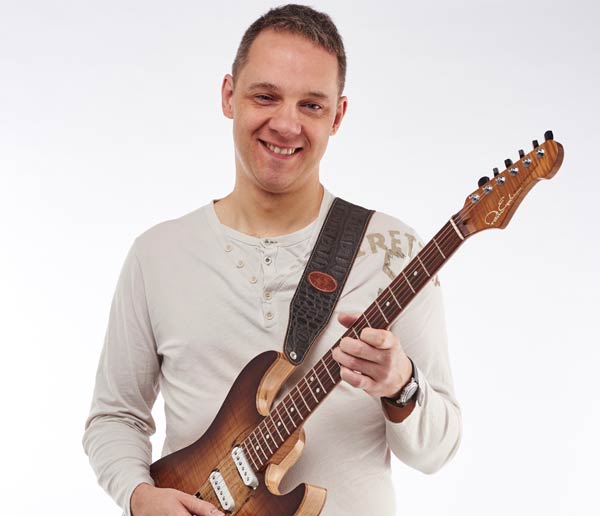 Jason has been an active performer and tutor for nearly 30 years. He has been senior tuition editor for Guitar Techniques, Guitarist and Total Guitar since 2003 where he has commissioned, edited, and written over 20,000 educational articles. He has performed in Europe, Middle East and Hong Kong, hosted various UK academy masterclasses, written tutorials for The Observer and The Guardian newspapers and the book, How To Play Guitar Step By Step (Dorling Kindersley). He has recorded with virtuosos such as Paul Gilbert, Brett Garsed, Allen Hinds, Marty Friedman, Nick Johnston, Carl Verheyen and Andy Timmons. The majority of his playing/recording now is focused on theatre work (Nigel Havers through to Kerry Ellis!), solo guitar performances, funk rock bands and library/console gaming music. 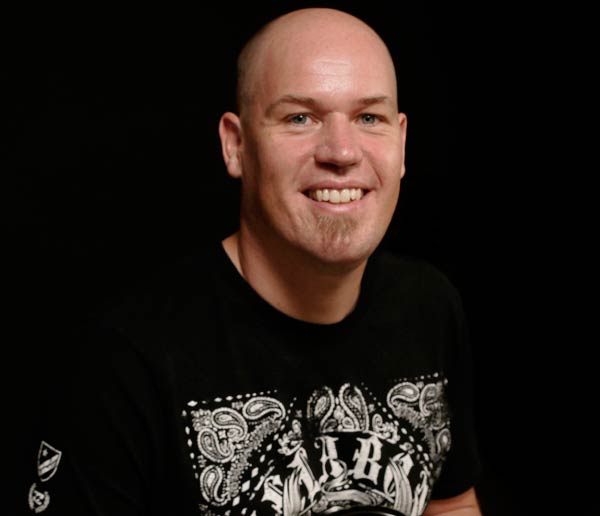 Jon’s teaching and performing CV is filled with lots of variety! He is a tutor for Guitar Techniques and Total Guitar, with many GT tutorial DVDs created in the last ten years. He’s been an ACM tutor and is a degree lecturer for DIME online. His performing credits include The Bodyguard UK tour, several tours with 80s rock n roll icon, Shakin’ Stevens and is a member of the Novello Orchestra (recent tours include La La Land In Concert and Love Actually in Concert). His recording credits include Cliff Richards, Gilbert O’Sullivan, Westlife, Bonnie Tyler, Kerry Ellis and the 50th Anniversary recording of West Side Story. Recently, he played various instruments for the 2019 film, The Fisherman’s Friends.

Tolis is a guitarist with a unique sound and composition approach who blends modern rock and jazz/fusion with Eastern European music. He has worked with Vanessa Mae, Pete Lockett (Steve Smith), Laurence Cottle (Eric Clapton), Neil Angilley (Shirley Bassey), Fergus Gerrand (Madonna), Beruz Game (XFactor), Peter Greenwell (Flop-Star), Benny D (Depeche Mode), John Robertson (Morcheeba), David Crefield (Kaiser Chiefs), Corin Giles (kiss FM) and many more. He was the winner of the London Guitar Hero completion in 2004, has three solo albums released under his own label AZ Records and performs in his own band “The Tolis Zavaliaris Project”. He holds seminars for the RGT’s annual conference and he runs masterclasses all over Europe. 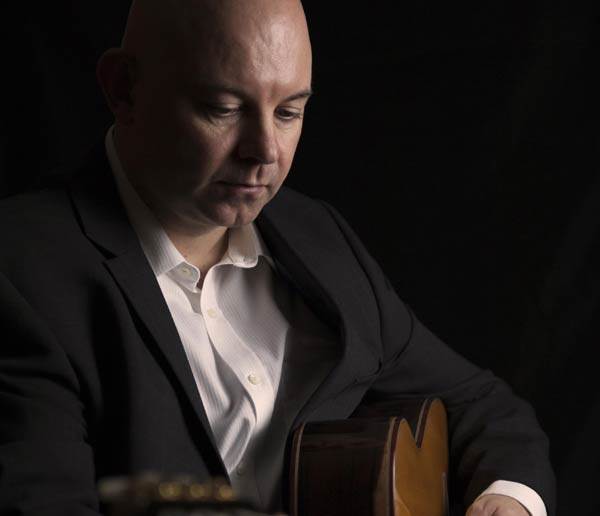 John leads a busy double-life as an artist and an educator. He has performed with various artists ranging from classical guitarist John Williams and fusion sweeper Frank Gambale to session guitarist Carl Verheyen and the fusion drummer, Billy Cobham. John has toured the world with both Carl Palmer (ELP) and John Jorgenson (Elton John/ Hellecasters) and is a regular contributor to Guitar Techniques and Guitarist. John is Head of Guitar at BIMM London and a visiting lecturer for the University of West London (London College of Music) and Chester University. His Improvising Blues Guitar book (Schott) is a strong seller and his debut acoustic album, Ensemble Futur has been critically very well received.