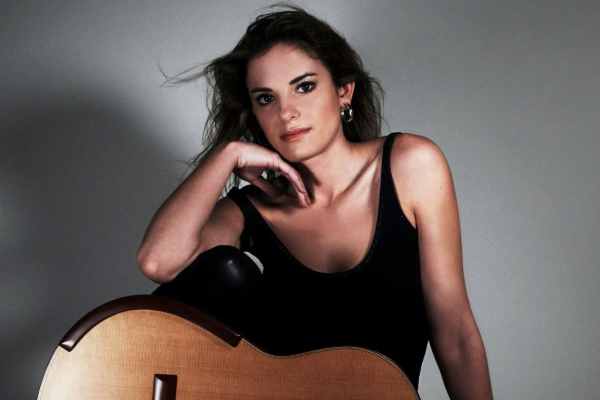 Ana Vidovic is one of the most celebrated guitarists in the world. She was also one of the very few genuine prodigies in the history of the guitar. Her win at IGF’s international guitar competition in Bath in 1995 at the tender age of 14 set her on her path to an extremely successful international career. This is what she says about IGF’s work:

“It is truly very admirable to see what an amazing impact and influence IGF has been over the years on the educational, promotional and developmental aspect of helping young emerging artists achieve their goals and shape their careers. Their efforts have helped young talented guitarists immensely at the age when the support is most needed. IGF has also commissioned more than 97 new works over the past 23 years which is an incredible success and a true testament to their hard work and efforts to bring attention to the classical guitar. I was very fortunate to have had the opportunity to record my first international CD for them after winning the Albert Augustine Memorial Competition in Bath at the age of 14. That experience has started and shaped my career, introduced me to the international classical guitar community and forever changed my life. Such an opportunity only comes once in a lifetime, especially for someone so young, so I will always be grateful for that. I wish IGF many more years of success and am sure that they will continue to raise awareness and help young talent on their paths.” 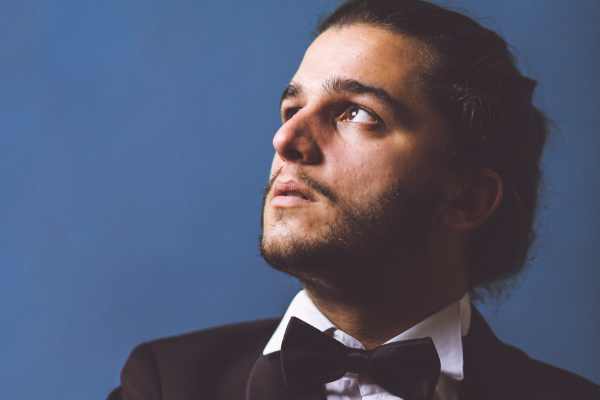 Emanuele Addis, born in 1996 in Sassari, Italy, is currently attending a Master of Arts at Royal Academy of Music in Michael Lewin’s class. Addis stood out in numerous international competitions. To name but a few, he won the 3rd prize at the Brussels International Guitar Competition and the 2nd prize at Plovdiv International Guitar Competition in Bulgaria. Additionally, Addis participated in several solo recitals in both Italy, Germany, Serbia, United Kingdom and Bulgaria, in fact, he performed at the Palazzina Liberty in Milan, at the Senato della Repubblica Italiana in Rome, Italian Institute of Culture in Munich, Germany, Theâtre du Vaudeville in Brussels and at the Treća beogradska in Belgrade. 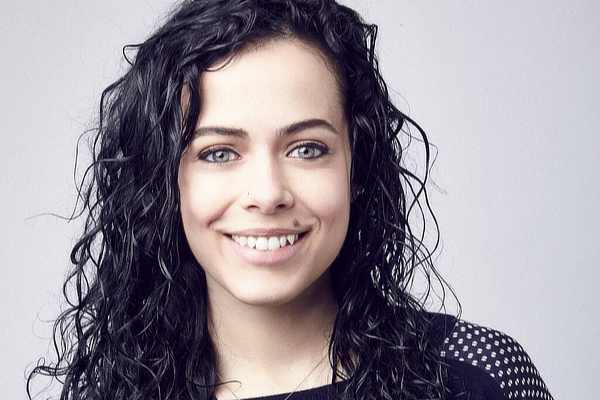 IGF gave me unique opportunities in the early stages of my career.

Thanks to their platform I had the chance to play in London, at the prestigious Kings Place, in Bath and at Sage Gateshead as well as being part of one of the most important festivals in London. Thanks to IGF I could work on new composers’ works which made me realise the importance of new commissions, putting me on a path of successful future work with living composers that still represents a great part of my career as a performer. I think IGF sets an example for all Festivals: the enthusiasm for and trust in young players and the courage to include them in their first stages in world premiere performances, giving them the chance to gain experience and be part of such great projects. 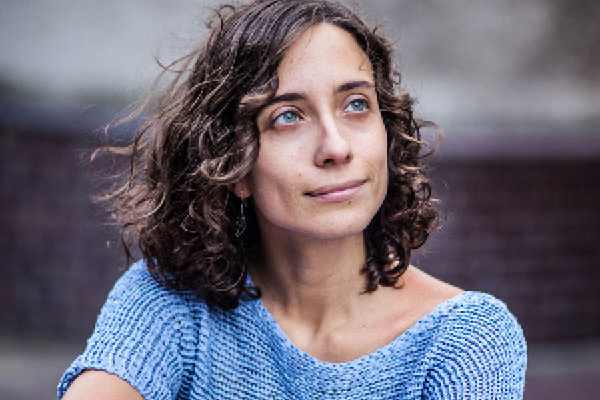 Ongoing collaborations with IGF since 2012 have been crucial to the development of my performing career. Especially for the project Maria Camahort Quintet but also for other projects created alongside, like the duo with British flutist Lucy Driver.

IGF has always been keen to include in its programming projects related with Spanish Music, bringing to UK audiences the rhythms, melodies and traditions that are uncommon and exciting for them.

Thanks to IGF, I have performed at Kings Place, Sage Gateshead, Southbank Centre’s Purcell Room, Cervantes Theatre… I am thankful for these experiences, and I’m looking forward forthcoming collaborations with this wonderful institution. 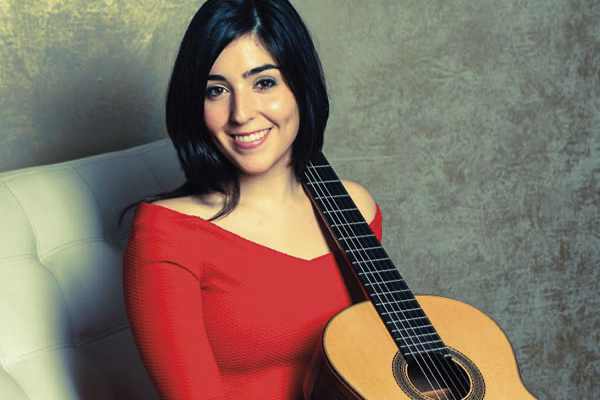 IGF gave me the chance to play for the first time in the UK, being a very enriching experience. I performed in beautiful halls for the London Guitar Festival, Bath Guitar Festival and also in Newcastle at the Sage Gateshead concert hall. I enjoyed very much being part of the program and it helped me share my music in places I hadn’t played before.

It was a great opportunity in my first years as a professional musician. 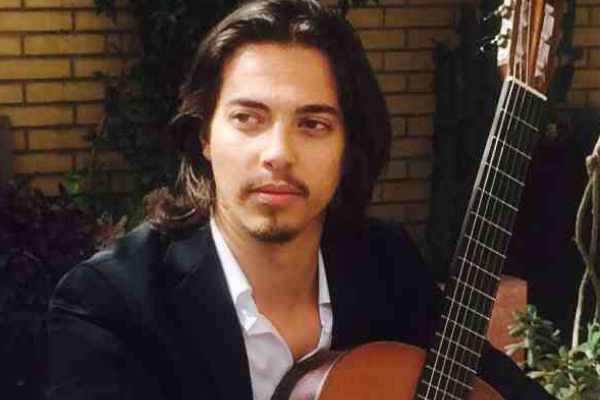 Marco Carta is an Italian classical guitarist. His resume includes several awards in various guitar competitions and many courses with acclaimed Masters (Oscar Ghiglia, Eliot Fisk, Lorenzo Micheli, etc). He is the co-founder of “The Goya Project”, based on the first absolute meeting between the “Capricci” by Goya and the “Caprichos” by Castelnuovo-Tedesco. 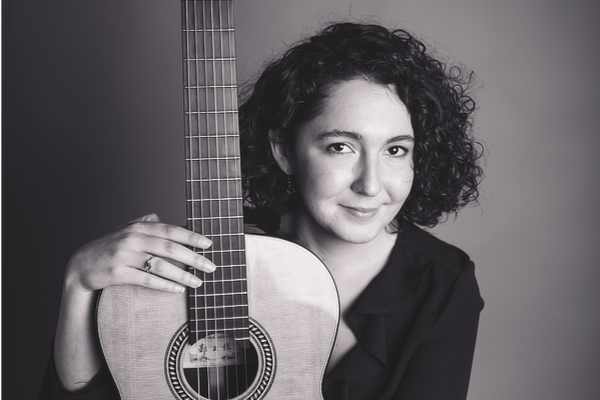 Eleanor Kelly (1995) is currently a student of the prestigious Máster en Interpretación Guitarra Clásica course in Alicante, Spain, studying with the world’s foremost teachers and performers. Eleanor is an advocate of women in music and in 2019 gave the UK premiere of Claudia Montero’s Latin Grammy award-winning Luces y Sombras with the Woodside String Quartet. 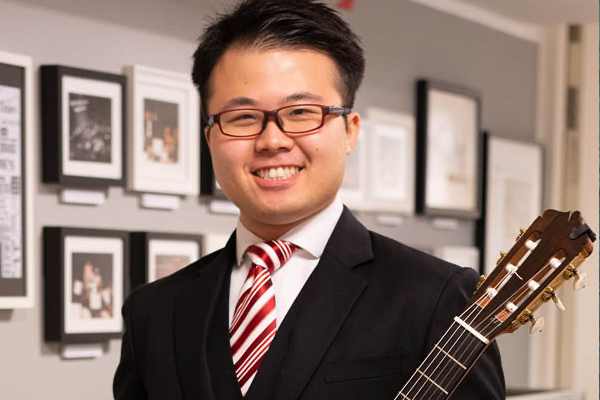 “I am extremely grateful to the International Guitar Foundation (IGF) for providing me with such amazing opportunities to perform in various guitar festivals across the United Kingdom through the Young Artist Platform (YAP). Being able to perform in some of the country’s foremost performing venues, such as Kings Place in London and The Sage in Gateshead, have been a huge privilege for me as a young and developing guitarist who had only spent a few years in the UK. The YAP’s commissioning program also gave me the incredibly rare honour to work on a piece by British composer Graham Fitkin, of whom I am a massive admirer of his work. The YAP has opened so many doors for me to grow as a musician, and I highly encourage everyone to participate in this fantastic platform!”. 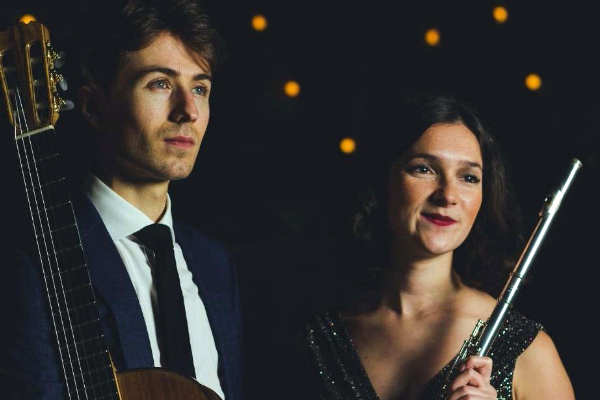 “My time on IGF’s YAP with my flute–guitar Meraki Duo unfortunately coincided with the pandemic; nevertheless, the support received and opportunities I benefited from as a Young Artist are among my professional highlights since jumping into life as a full-time freelance performer. Given how challenging that particular year was as a young musician, barely a year after graduating from conservatoire, IGF provided myself and Meraki Duo a valuable platform to help sustain ourselves creatively at a time when other commitments as a performer had been decimated. It is significantly affirming, as an artist in the early stages of pursuing a creatively fulfilling career in the profession, to receive the endorsement of the IGF.” 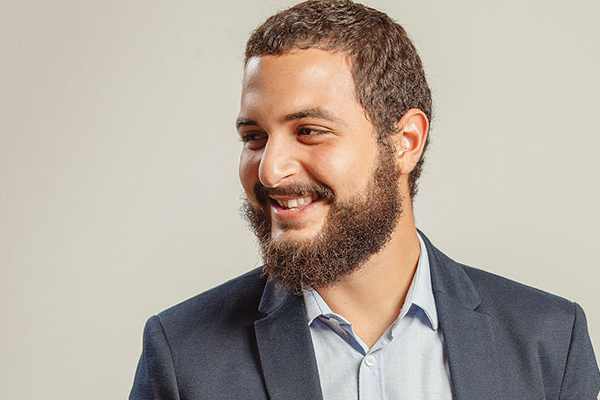 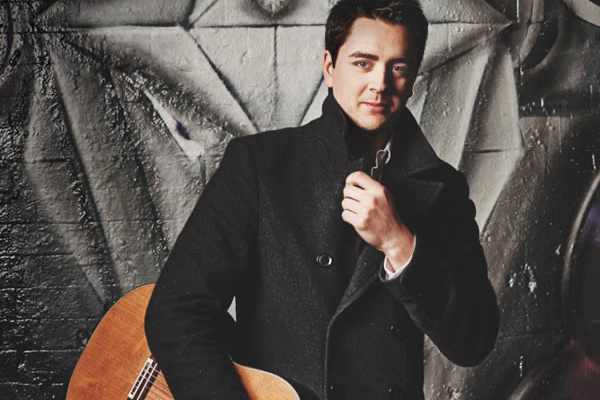 “I will forever be indebted to the IGF’s Young Artist Platform. At a crucial time upon leaving Conservatoire, IGF gave me the platform upon which to launch a career, working on new, exciting repertoire, finding my feet as an artist and experience performing at many of the UK’s leading venues, including at Bath Guitar Festival. It has since enabled me to have a fulfilling career as an international soloist, composer, chamber musician, teacher and also to have had the chance to work closely commissioning new works from composers. I would not be where I am today without their support.” 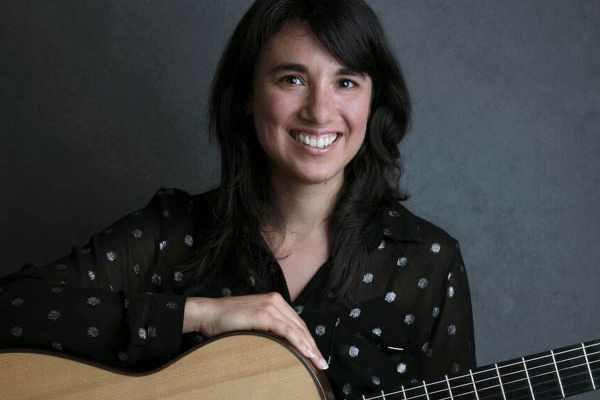 “I had my first experience with IGF in 2012 at the First London Guitar Competition taking Third Place. Shortly after that, I won the YAP award and performed in great venues in Bath, London and Newcastle. Also had workshops and masterclasses, getting to work with wonderful artists such as Nigel North, David Russell and Leo Brouwer.

Winning the Competition in 2015 got me to perform Joaquin Rodrigo’s Concierto de Aranjuez and the world première of Graham Lynch’s Orpheus at Kings Place, which was a remarkable experience.

I now enjoy a career performing and teaching in festivals all over Europe, most recently in the Antwerp Guitar Festival (Belgium), and the Hamburger Gitarrentage (Germany).” 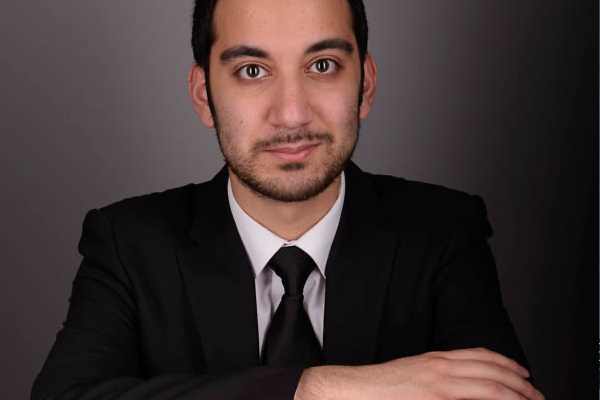 “My time as an IGF Young Artist in 2014 was crucial in the development of my career. IGF gave me the opportunity to perform at some of UK’s top venues such as the Kings Place and Sage Gateshead as well the Bath Guitar Festival and Shrewsbury Summer School. I also had the chance to take part in masterclasses with some of the world’s top guitarists such as Roland Dyens and Xuefei Yang.

IGF’s commissioning programme and attention to new music also gave me the opportunity to perform a new work by Philip Cashian and have since encouraged me to continue my involvement in performance and commissioning of new works for guitar. I am forever grateful to the IGF for their support in building my career.” 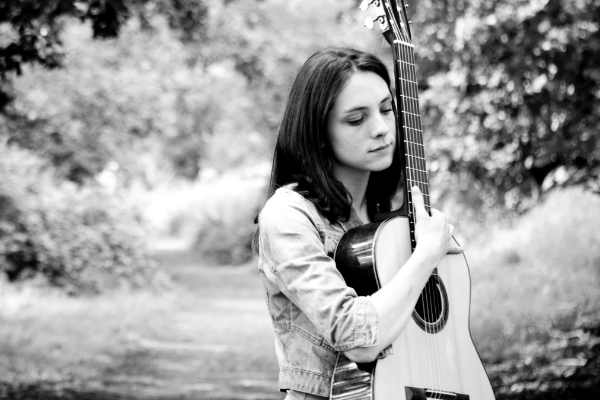 “IGF helped me hugely in the early stages of my career through performance opportunities and its commissioning programme. I had the chance to work with Errollyn Wallen on a new piece, and since then have continued to work on numerous new music projects including pieces by Lisa Streich, Julian Anderson and Josephine Stephenson. Through IGF I performed at Kings Place, the Purcell Room and the Bolívar Hall; my experience with IGF’s YAP also helped me to successfully audition for other young artists platforms in the UK and provided a wonderful springboard.” 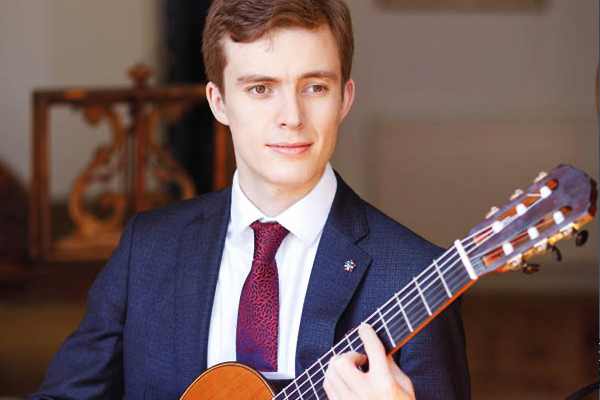 “Winning the London International Guitar Competition in 2018 brought me many wonderful opportunities, including a tour across Europe as a Eurostrings Artist. I will never forget performing together with Grammy award winner David Russell and other inspiring colleagues as a quartet in Spain, teaching some brilliant younger guitarists throughout the programme, or playing for Arvo Pärt and Sting (at the same time!) in Estonia. The IGF Young Artist Platform was similarly formative in developing the artistic initiative that led me to commission a British-inspired piece by my fellow Chilean Juan Antonio Sánchez. My time with IGF couldn’t come to a happier close than by premiering the commission as part of my performance at the London Guitar Festival’s Big Night of the Guitar.” 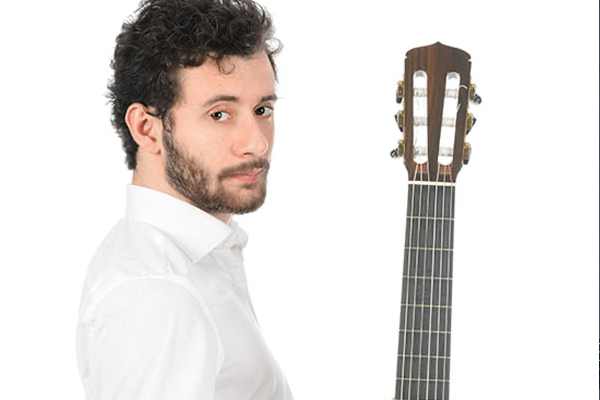 “Being an IGF Young Artist Platform artist was one of the very first professional experiences I had after moving to the UK. This allowed me to smoothly enter the local music scene, giving me the opportunity to perform in prestigious venues in London and in other UK cities. In particular winning the London International Guitar Competition playing Concierto de Aranjuez at Milton Court in 2016 opened a window on a wider international range of experiences by allowing me to join the EuroStrings programme, which gave me the chance to perform and teach in guitar festivals in several European Countries (Austria, Croatia, Hungary, Bosnia and Herzegovina, The Netherlands, Finland, Estonia, UK) which gave me a real taste of what is to be expected professionally as guitarists attending guitar festivals.

Learning and performing new music was also an important part of the IGF experience and it was greatly formative, by establishing the foundations of my current work in the field of contemporary music, both when collaborating with composers and writing new music myself. I believe the greatest contribution of IGF to my career has been providing me with a solid ground of eclectic experiences on which to build both my professional and artistic profile as a musician today.”