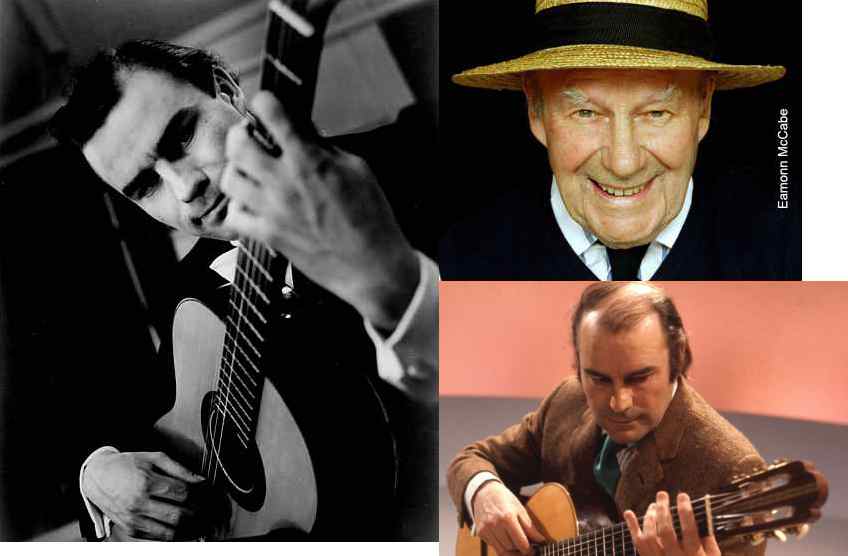 On this day, 14 August 2020, as we mourn the loss of one of our finest musicians, the guitarist and lutenist, Julian Bream, International Guitar Foundation Artistic Director, Tom Kerstens would like to take this opportunity to celebrate his important legacy, from which IGF has derived much inspiration as a guiding light.

As a performer, Julian Bream’s expressive performances brought new audiences to the instrument from outside the classical music world. He researched early music and was brave enough to bring the lute into prominence as a solo instrument on the stage of international concert venues.

Julian Bream’s life work has been dedicated to expanding the repertoire of the classical guitar, not only of music from previous centuries but also by commissioning mainstream composers to write for the instrument – Benjamin Britten, William Walton, and more recently, Harrison Birtwistle, to name just a few – much of this repertoire have become important masterworks, elevating the guitar position in the world of serious music. Julian Bream’s commissioning legacy has been a great source of inspiration for IGF’s own commissioning programme.

Julian Bream was one of the pioneers of performing on historical instruments, performing not only on the guitar, but also on the lute, the vihuela, as well as baroque and nineteenth-century guitars, encouraging young musicians to follow his path. Again this has been a source of inspiration which is reflected in the work that IGF has done over the past 25 years with concerts and recordings of historical guitars and lutes.

IGF acknowledges the debt it owes to Julian Bream’s inspiration, which it believes will influence us all for many years to come.

Powered by Convert Plus
Go to Top