Big Night of the Guitar 1 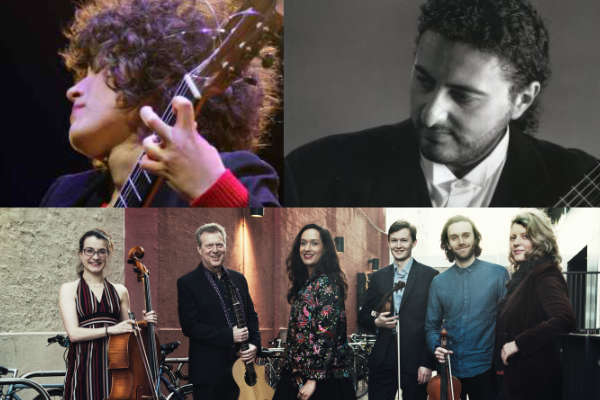 Cristina Galietto is a 20-year-old classical guitarist from Naples in Italy, whose guitar playing has taken her to many countries in Europe, where she has given concerts, participated in masterclasses with artists such as Aniello Desiderio and Carlo Marchione. She completed her studies at the Conservatory of Music ‘San Pietro a Majella’ of Naples, and the Conservatory of Music ‘Domenico Cimarosa’ in Avellino in the class of Lucio Matarazzo with honours, and a special mention, and is currently studying with Paolo Pegoraro and Lukasz Kuropaczewski at the Universität für Musik und darstellende Kunst, in Graz. Her new album Avant l’Aube, released at the end of 2020 (Timespan recordings), features music by composers such as Joaquín Rodrigo, Domenico Scarlatti, and Alexis Rago, all of whom are representative of an intimate, delicate, and passionate musical feel – characteristics that stand out in her playing and to which her audience are drawn.

At the age of eight, Aniello Desiderio performed in public for the first time, displaying such outstanding gifts that music critics started to speak of him as an “enfant prodige”, “wunderkind”, “a genius”, “the Orpheus of the guitar”, “a guitarist of the century”, and “il Fenomeno”.
He quickly established himself as a concert artist with a distinct voice when he won 18 first place International Awards in both national and international competitions. Notable among them are 1st Prize and Special Prize for the best interpretation of South American music at the International Guitar Competition in Havana, Cuba (1988); “Neapolitan of the Year” Award in Italy (1988); 1st Prize and Special Prize of the best interpretation of Tarrega’s music at the
International Francisco Tarrega Competition, Benicasim, Spain (1992), and 1st Prize at the International “Guerrero” Competition, Madrid, Spain (1994).

Tom Kerstens is a major figure in the guitar world. He is highly regarded as a versatile performer on modern and period instruments and is an influential champion of the guitar in his roles as player, recording artist and artistic director. He was chosen in Classic FM’s list of the ‘100 best classical artists’ and ‘Five best guitarists world-wide’ whilst hailed as a ‘refreshing musical explorer’. He has commissioned 108 works for IGF in the past 20 years.

His G Plus Ensemble consists of one or two guitars, string quartet and percussion and is exclusively dedicated to new music.

Big Night of the Guitar 2 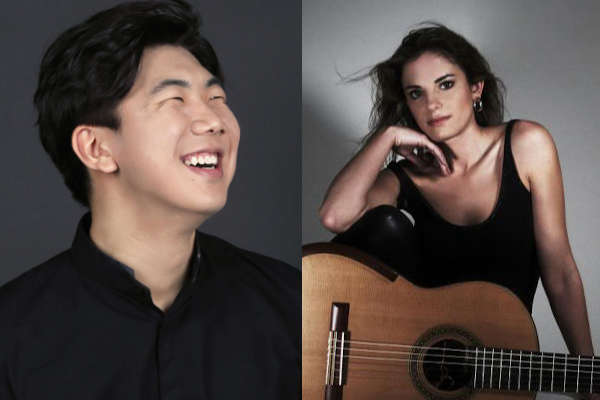 Sungbin Cho, the brilliant winner of London International Guitar Competition 2021, is from Seoul, Korea. Graduating with a BMus from the Korea National University of Arts, he subsequently served in the Republic of Korea Air Force where he completed his two-year military service. He then entered the Royal Academy of Music to undertake an MA in Performance, with Michael Lewin. He is the first Korean national to play classical guitar at the RAM. One of the stars of the guitar of tomorrow, Sungbin plays a varied programme including Litha Efthymiou’s A Light Went Out, an IGF commission.

Ana Vidovic is an extraordinary talent with formidable gifts taking her place amongst the elite musicians of the world today. She is known for her beautiful tone, precise technique, well-defined phrasing and thoughtful artistry and musicianship. 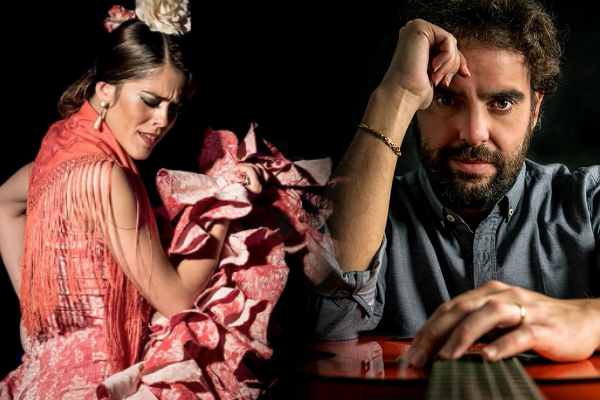 The flamenco guitarist Dani de Morón is a leading performer of his generation, who has always worked alongside legendary flamenco performers: when he was in his 20s, he toured with Paco de Lucía as his second guitarist. He has built his career in the traditional flamenco way, developing his art through accompanying singers and dancers. On his third album called 21, Dani de Morón accompanies three outstanding gypsy singers: Duquende, Antonio Reyes and Jesús Méndez. He is an inspiration to guitarists, with his distinctive  alzapúa thumb technique and the Morón style of playing flamenco with a hint swing rhythm. He has also worked with leading musicians from other styles such as jazz and world, including Dave Liebmann, Aaron Diehl, Gerardo Núñez, Yotam Silberstein and Concha Buika.

Patricia Guerrero started dance classes at her mother’s academy at the age of three, later studying with masters like Mario Maya and Rubén Olmo. She has performed in top world venues such as New York City Center Theater and Théâtre National de Chaillot, Paris. In 2010 she was invited by Carlos Saura to perform as a soloist in his show Flamenco Hoy, touring the world, and appeared in his film Flamenco, Flamenco. Shortly thereafter she became prima ballerina of the Andalusian Flamenco Ballet. Guerrero started making her own productions in 2013 and with Catedral (2016) she won Best Show at the Seville Flamenco Bienal and was nominated for two Max Awards in 2017, including Best Female Dancer. In 2018 with Distopía she was nominated for three Max Awards.