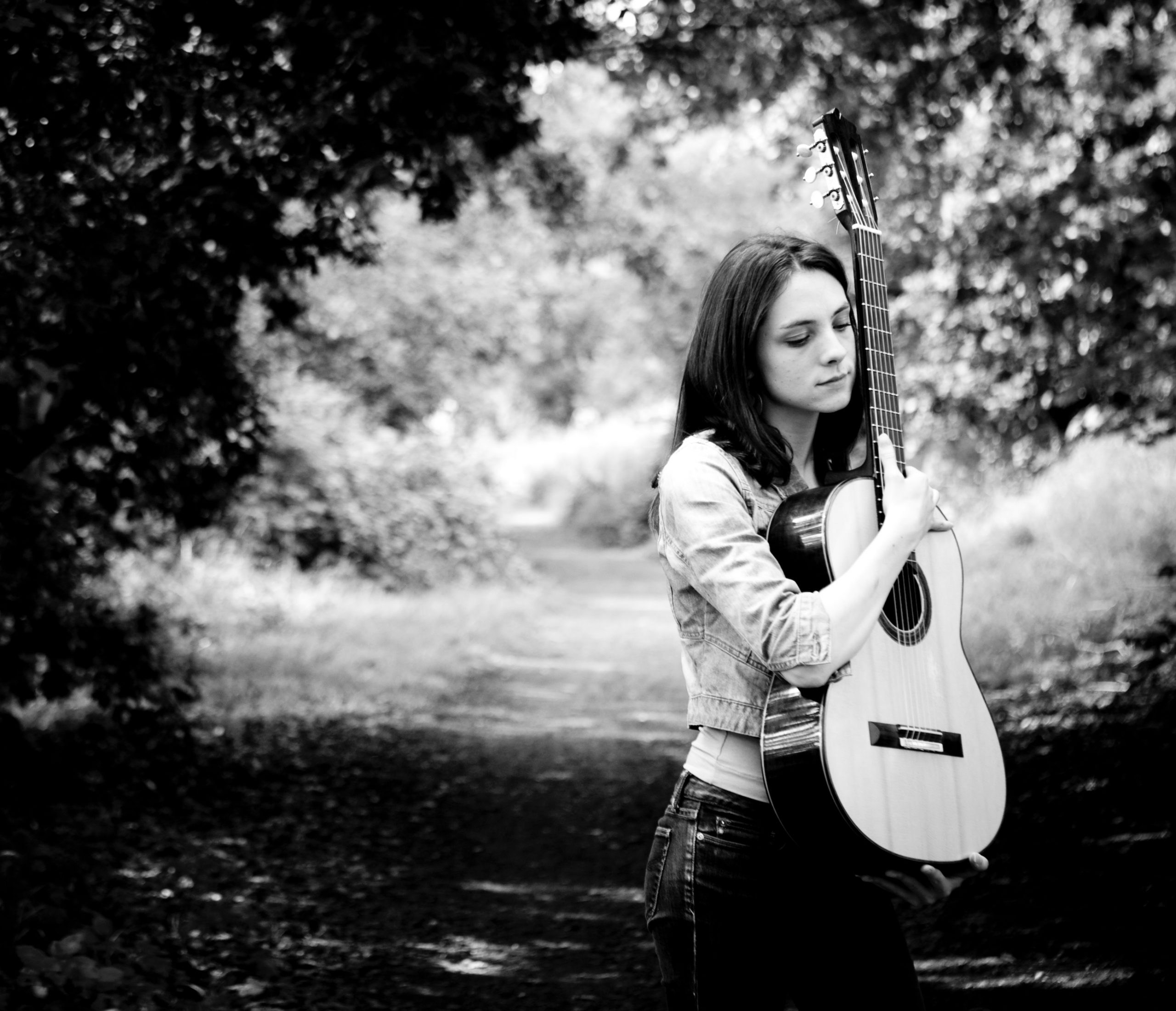 Hailed a ‘string sensation’ by BBC Music Magazine, British-French guitarist and composer Laura Snowden is acclaimed for her ‘poise and intensity’ (Guardian) and playing of ‘extraordinary depth’ (Strings, Classical Music Magazine). The first guitarist to graduate from the Yehudi Menuhin School, made possible by a grant from the Rolling Stones, she was invited by guitarist Julian Bream to premiere his latest commissions at Wigmore Hall in 2015 and 2017. As a composer, Laura’s music has been performed at Royal Albert Hall, Wigmore Hall and Sadlers Wells, commissioned by the Park Lane Group, Birmingham Symphony Hall and International Guitar Foundation (IGF), and broadcast on BBC Radio 3, BBC Radio Scotland and Hong Kong Radio 4. Her recent commissions have included writing for the new ABRSM syllabus, and a choral piece for Making Music’s Adopt-a-Composer scheme.

Described by Classical Guitar Magazine as ‘linking guitar’s past, present and future’, Laura’s eclectic musical output has ranged from producing arrangements for Noah and the Whale frontman Charlie Fink to giving dozens of world premieres by composers including Julian Anderson, Errollyn Wallen and Olli Mustonen. She has also collaborated closely with her folk band Tir Eolas, appearing with them at Shakespeare’s Globe at the invitation of guitarist John Williams.

This is Laura’s third commission for IGF, the other two were: Light Perpetuum (2017) for four guitars and soprano saxophone (a co-commissions with the Vida Guitar Quartet) and The Strange World of Spiders (2019) for guitar solo, which was the set piece for London International Guitar Competition 2019.